India’s Ganges rejuvenation project has been recognized as one of the world’s 10 most “ground-breaking” efforts for its role in restoring the natural ecosystems, according to a report released during the UN Biodiversity Conference (COP15) this week. The Ganges Rejuvenation project was declared a flagship World Restoration project and remains eligible to claim UN-backed promotion, advice or funding under the banner of United Nations Decade on Ecosystem Restoration, a global movement coordinated by the UN Environment Programme (UNEP) and the UN Food and Agriculture Organisation (FAO).

Together, a total of ten flagships aim to restore more than 68 million hectares, an area bigger than Myanmar, France or Somalia, and create nearly 15 million jobs, the UN said.

“Transforming our relationship with nature is the key to reversing the triple planetary crisis of climate change, nature and biodiversity loss, pollution and waste,” said UNEP Executive Director Inger Andersen.

“These 10 inaugural World Restoration Flagships show that with political will, science and collaboration across borders, we can achieve the goals of the UN Decade of Ecosystem Restoration and forge a more sustainable future not only for the planet but also for those of us who call it home,” Andersen said. 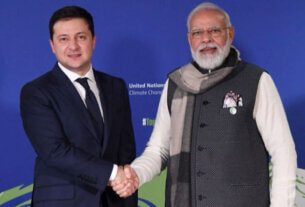 Youngest Singaporean to reach Everest Base Camp is a 6-year-old youngster of Indian descent.